Getting Ready to Sell Your Company Stock?

Diversifying your equity holdings in your company comes with a host of potential regulatory and investor perception pitfalls. A structured framework in the form of a Rule 10b5-1 Trading Plan could help smooth the way. 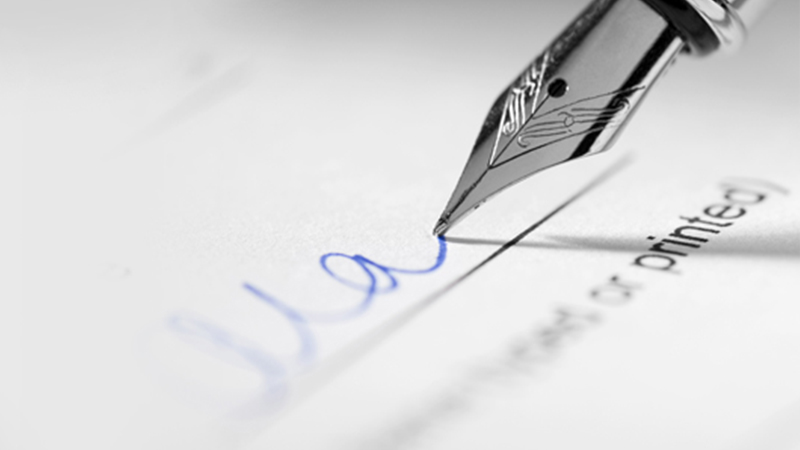 The more a senior executive’s compensation comes in company stock, the more his or her wealth becomes concentrated in a single equity position, and the more exposed it is to overall market risk. In some cases, executives can reach positions where more than half of their compensation comes via stock. Most executives know they need to diversify to protect their wealth. “The question is, how do they do that without sending mixed messages to shareholders and analysts, but in a way that makes economic sense for their families and the foundations and trusts they are funding?” says Debbie McGrath, director of Executive Advisory Services at Bank of America. Without careful planning, insider sales may risk sending unintended warnings to the market, or worse, running afoul of insider trading laws and regulations.

As a solution, publicly traded companies are increasingly turning to Rule 10b5-1 Trading Plans. Named for the Securities and Exchange Commission rule that allows them, Rule 10b5-1 Trading Plans map out how many shares will be sold over a period of time, typically a year, when they will be sold and the minimum price at which they will sell. “Having a good plan also forces executives to be disciplined in their investing,” says Sean O’Brien, managing director of GWIM Equity & Options Execution Desk. “So many of us get emotional about stocks. When they start to rally we get excited and we want to buy more. When they get weak, we panic and we sell the lows. The key is discipline.”

Any corporate insider can set up a Rule 10b5-1 Trading Plan, but senior executives, such as CEOs, CFOs and other titled executives, are the most common users.

The most successful plans are devised with a holistic view that takes into account an executive’s long- and short-term investment goals and liquidity needs over the next one to two years, McGrath says. Working with an advisor and legal counsel, the executive can anticipate closed windows and other potential pitfalls. “Many executives are too busy to remember that they have a stock option grant that may be expiring in a year that has 500,000 stock options in it or that the grant may be expiring when their window is closed or when they are aware of material nonpublic information,” says McGrath. “Likewise, an advisor can address technical questions, such as how to create a single Rule 10b5-1 Trading Plan that meets multiple needs.” For example, she notes, an insider may want to sell shares as an individual, while also selling shares as the trustee of a trust account. A skilled advisor can help draft a plan that sells shares in both capacities, from different accounts.

Working with an advisor and legal counsel, the executive can anticipate closed windows and other potential pitfalls.

And there may be further restrictions unique to an individual executive. For example, one member of the board of directors at a company established a plan to divest a large block of shares. He had forgotten about a contractual restriction he had with an underwriter that prohibited him from selling more than $250,000 worth of the securities. Fortunately for this insider, legal counsel for the issuer reviewed the details of the plan and caught the error before it was enacted.

Legal land mines abound in today’s heavily regulated world, so the executive and his or her team should consider the following:

A plan that covers only a month or two may not alleviate concerns over the insider’s use of material, nonpublic information. On the other hand, too long a plan will likely require amendments as circumstances change, notes McGrath. When an insider changes or amends a plan, regulators consider that an entirely new plan. Since this can raise concerns over an insider’s previous trading activity, the goal is to limit the number of amendments over the plan’s life. Most typically, executives use plan durations that last from six months to two years, but the ideal length for a plan will depend on his or her personal circumstances.

For example, a plan’s time period must take into account the insider’s upcoming events related to compensation, such as option grants expiring during a closed window, or lapsing restricted stock awards that will require the insider to sell some stocks to satisfy a tax obligation. Executives at companies that recently have gone public might feel that the stock’s short trading history makes it difficult to predict share prices one to two years out and worry about choosing appropriate limit order prices—or the minimum price that the shares need to reach in order for the trade to be executed. For the time being, these insiders could choose shorter plans—such as those lasting six or nine months—which may still provide a defense against investor lawsuits alleging wrongful trading. They can then revisit limit order prices when they establish their next plans, after the stock has had a bit more time to establish a pattern in the market.

Since share price limits must be selected in advance— without knowledge of what might happen in the market— pricing can be a challenge. One common concern of senior executives is that shares will be sold at too-low prices. At the same time, too high a price raises the risk that the shares won’t sell at all. One CEO of a large company, who planned to sell 300,000 shares over one year, dealt with this by creating a tiered pricing structure with multiple targets. She priced the first 100,000 shares right around market price. The next batch of 100,000 was set at around analyst projections further out. The final 100,000 was set at an optimistic price. Another way to ensure that the sale of a large block of stock won’t cause dramatic ripples in the market is to strategically seek out enthusiastic buyers, says O’Brien. He recalls an executive who wished to sell 550,000 shares of company stock immediately. With an average daily volume of less than one million, that large a sale was bound to impact the market. So instead of going direct to the market, O’Brien sought the help of Merrill Lynch’s institutional desk, which was willing to commit capital to buy the first 50,000 shares. “That trade woke people up. We had institutional investors coming to us,” says O’Brien. “We sold 550,000 in a little over two days—and the stock barely moved.”

Executives have a great deal of flexibility when designing plans, but legal experts recommend keeping the trading schedules simple and straightforward to avoid potential problems, McGrath says. If a plan is so complicated that regulators can’t understand how an insider determined the price or timing of sales, it could potentially weaken the insider’s defense in the event of regulatory scrutiny. A consistent pattern of sales over time is least likely to raise concerns, and legal experts are increasingly recommending adding a “cooling-off period” to help insulate the insider from doubts that he or she lacked material nonpublic information when initiating the plan. Cooling-off periods mandate the length of time, usually 30 to 90 days, during which trading is prohibited after an executive puts his or her Rule 10b5-1 Trading Plan into effect. Cooling-off periods may prevent unexpected situations.

Say, for example, an executive at a pharmaceutical company scheduled his new Rule 10b5-1 Trading Plan's first trade for the day after the plan was adopted. The trade was executed the following day in accordance with the plan’s limit price parameters. That evening, the company issued a press release detailing disappointing results for a drug in the final stages of clinical trials. The executive became concerned that regulators would assume he scheduled his sale based on advance knowledge of news that was likely to cause the stock to fall. He called his broker to attempt to cancel the trade and learned that the trade under his Rule 10b5-1 Trading Plan could not be canceled.

Executives have a great deal of flexibility when designing plans, but legal experts recommend keeping the trading schedules simple.

On the flip side is the example of the CFO of a publicly traded company who is planning to retire in a year. He realizes that close to 78% of his assets come from company stock, stock options and restricted stock grants. Needing to diversify, he works with his advisor to create a plan to sell 20% of his holdings, or 60,000 shares, over six months. The plan imposes the company’s 30-day cooling-off period and subsequently sells 10,000 shares each month at the same $48 limit price, which is below the stock’s current market price at the time the CFO enacted the plan. Pricing the shares below current market value gives them a much better chance of being sold, and allows the CFO to liquidate with reduced risk.

SETTING UP A FRAMEWORK

Individual circumstances vary greatly, and there is no one-size-fits-all trading plan, so it may be helpful to think of the Rule 10b5-1 Trading Plan as a framework that needs to be filled in. An advisor can help the executive look at his or her current portfolio relative to investment goals, liquidity needs and risk tolerance, and tailor the plan to those factors, working with legal counsel to help ensure utmost compliance with the rules.

“The best Rule 10b5-1 Trading Plans,” says McGrath, “will not only keep an executive’s trading activity above scrutiny, but help that executive achieve the portfolio balance needed to help ensure wealth preservation for years to come.”

Nonfinancial assets, such as closely held businesses, real estate, fine art, oil, gas and mineral properties, and timber, farm and ranch land, are complex in nature and involve risks including total loss of value. Special risk considerations include natural events (for example, earthquakes or fires), complex tax considerations, and lack of liquidity. Nonfinancial assets are not in the best interests of all investors. Always consult with your independent attorney, tax advisor, investment manager and insurance agent for final recommendations and before changing or implementing any financial, tax or estate planning strategy.

Credit facilities are provided by Bank of America, N.A., Member FDIC, its ubsidiaries or other bank subsidiaries of Bank of America Corporation, each an Equal Opportunity Lender. All loans and collateral are subject to credit approval and may require the filing of financing statements or other lien notices in public records. Asset-based financing involves special risks and is not for everyone. When considering an asset-based loan, consideration should be given to individual requirements, asset portfolio composition, and risk tolerance, as well as capital gains, portfolio performance expectations and investment time horizon. A complete description of the loan terms will be found in the individual credit facility documentation and agreements. Clients should consult with their own independent tax and legal advisors.

Clicking CONTINUE will take you to a website that Merrill Private Wealth Management is not affiliated with and may offer a different privacy policy and level of security. We are not responsible for and do not endorse, guarantee or monitor content, availability, viewpoints, products or services that are offered on other websites. Clicking RETURN TO MPWM will take you back to the previous page.