While there’s no recipe for raising a happy and well-adjusted child, when it comes to money, a handful of key principles and innovative approaches can help. 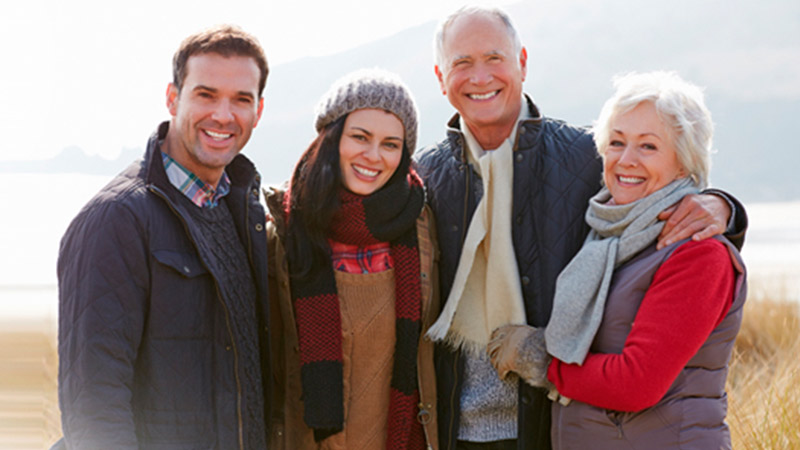 It’s one of the classic ironies of success: One generation sacrifices, pouring ingenuity and passion into pursuing a dream, only to find their next generation is more interested in the lifestyle they are afforded from wealth than in also leaving their mark on the world. More parents today are investing in the success of their children to a greater extent than they, themselves, were afforded by their parents and grandparents.1 “Parents want their wealth to go beyond simply creating a pleasant life for their children, to support building a meaningful life where they are fully engaged and having a positive impact on society,” says Valerie Galinskaya, Managing Director at Merrill Center for Family WealthTM.

For some parents, the answer is to provide only limited financial resources—not as an act of stinginess, but to bestow on their children the freedom to experience what for the parents has been one of life’s most fulfilling experiences: achievement. Galinskaya worked with one couple who had spent years building a family business from scratch. Eventually, they sold the company for a profit that could have enabled their children and grandchildren to live in comfort for the rest of their lives. As the couple began thinking about their estate, they pondered what values they most wanted to pass along. “Looking back over their lives, they realized that what had made them happiest was creating something together and overcoming challenges to eventually realize success,” Galinskaya says. They believed that those early struggles had contributed to their building self-confidence, character and an enhanced sense of self-worth. “They were concerned that leaving too much money to their children and grandchildren would rob them of that experience.”

The parents decided to pay for some essentials: education, health care, even help with a first home. But they decided to leave the rest of their money to charities. Although the gifts offered a valuable head start in life, attaining financial comfort and security was something the rising generation would have to achieve for themselves.

This example is admittedly an extreme one. Most parents choose to leave a greater share of their wealth to the next generation. According to the classic book Wealth in Families by the late Charles Collier, children of families with $15 million to $30 million in financial assets will generally receive an average of $3 million to $5 million each, while families with $100 million or more will bestow at least $10 million to $15 million on each child. The ratios for families with family-owned businesses tend to be even higher.

Teaching financial skills to children is among the top five topics clients wish to discuss more with their advisors.

But as the amount of money left in the hands of the next generation increases, so too may the concerns over whether the young are sufficiently equipped to handle the responsibilities of wealth. When asked about financial goals, 86% identified “setting a positive example for my children” as an important goal. Teaching financial skills to children is among the top five topics clients wish to discuss more with their advisors.2 Parents also seem to recognize that the imperative has intensified in the wake of the financial crisis—it’s no longer a matter of what do you want to tell the kids; it’s what do you need to tell the kids.

Eric Gray, a private wealth advisor at Merrill Private Wealth Management, encourages his clients to start teaching their children how to manage their money from the time they are in elementary school, combining an allowance with age-appropriate rewards and incentives for saving and spending responsibly. “Even small gifts should be accompanied by appropriate guidance and instruction,” he says. Diana Chambers, president of The Chambers Group with companies in Switzerland and the United States, is an advisor to wealthy families who believes one way parents can foster solid financial habits in their children is by framing money as a tool for achieving goals.

“Ask them what they are saving for right now and what that goal is going to cost,” she suggests. “If they don’t have an answer, it may be a sign you’re too free with allowances and gifts. Parents need to create situations in which children have to use their innate creativity and resourcefulness. Each child needs a chance to develop his or her intrinsic motivation and relationship with money. This is true for all children and is especially true for kids with very successful parents.”

As kids mature and enter the workforce, the timing and size of financial gifts must be carefully considered. A trust fund that kicks in at the outset of a career, however well-meaning the gesture, could dull future ambitions. If you give $1 million to someone just starting out earning $35,000, unless they are truly in a calling, how motivated will they really be to further their career?

Taxes and Your Kids

Rarely has there been more incentive for families to give money to their kids than today. Thanks to the higher federal lifetime gift-tax exemption enacted as part of legislation passed in 2017, commonly referred to as the Tax Cut and Jobs Act. The federal estate, gift and generation-skipping transfer tax rate remains at 40%, and parents are currently able to give away up to $11.18 million per spouse, and $22.36 million as a married couple, in 2018 ($10 million indexed for inflation) without owing any tax on the gift. The lifetime gift-tax exemption will return to $5 million indexed for inflation after 2025.

While outright gifts are an option, many families are attracted to trusts as giving vehicles. Parents can place assets in a simple irrevocable trust that allow them to retain protection over their assets while also distributing funds in accordance with their personal values. Their rising generation could be allowed distributions, for example, the first time they buy a home, when they start a business, or for traditional or nontraditional education expenses.

If the parents do not expect the next generation to exhaust the assets, they might establish the trust in a state such as Delaware that allows for dynastic trusts and apply the generation-skipping transfer tax exemption. That way, says Scott Cooper, managing director at the Strategic Wealth Advisory Group, the tax-free benefits of such a gift could “literally be extended for generations.”

For more information on the lifetime gift tax exemption, speak with a private wealth advisor.

A NEW TAKE ON TRUSTS

With such considerations in mind, many parents are rethinking how they use trusts, which have long served as a tax-efficient way to pass money from one generation to the next. One of the chief benefits of trusts is that they give parents a degree of control over how much beneficiaries receive and when. Parents often key gifts to specific milestones, such as graduating from college, turning 35 or starting a business.

Unfortunately, these traditional milestones are no guarantee that the child is really ready to handle wealth. For example, he or she may graduate from college still woefully uneducated about money. That’s why some parents have begun replacing those milestones with more nuanced “maturity markers,” says Scott Cooper, managing director at the Strategic Wealth Advisory Group.

To illustrate how a trust can be used to help gauge financial maturity, Cooper cites the example of clients who have created a financial skills trust, which allows them to set objective and measurable benchmarks for distribution based on an individual’s financial literacy and behavior. According to Eileen Gallo, Ph.D, of Gallo Consulting LLC, benchmarks could include living within a certain means, spending less than one’s income or maintaining a strong credit score.3

Help Your Kids Get in Financial Shape

“Young adults don’t need to manage their portfolios by themselves,” says Eric Gray, a private wealth advisor at Merrill Private Wealth Management. “Older adults use advisors, and so should they. But they should have enough of a basic understanding of the financial markets, and the associated risks, to be effective clients.” That’s where Merrill’s “Next Gen Financial Boot Camp” series can play a role. These three-day workshops expose family members in their twenties and thirties to broad concepts related to financial theory, asset allocation and generating a sustainable cash flow. They also include sessions designed to help prepare young adults for the emotional impact of inheriting wealth. Wealth strategists lead discussions on the dynamics of wealthy families, including such sensitive but vital topics as prenuptial agreements, stewardship and whether it is ever a good idea to lend money to a friend.

SHARING THE SPIRIT OF GIVING

As the next generation enters adulthood, Gray encourages them to take advantage of workshops offered by the firm specifically designed to educate young adults about critical wealth management issues (see “Help Your Kids Get in Financial Shape,” above). In addition, there’s very real value in connecting with them about philanthropy. Getting kids involved in charitable giving not only reinforces the importance of helping others in need but also helps them understand the value of money—and thus become better stewards of their own finances. Gray worked with one family to develop its own grant-making system as a way to teach the young-adult children about philanthropy. Each child was challenged to find a cause that was important and to write a grant proposal to the parents for funding that charity.

The couple’s 23-year-old son began researching the lack of clean drinking water in a village in Haiti. He was so moved by the plight of residents that after securing a $20,000 “grant” from his parents, he went to Haiti himself to help build the filtered-water system that supplied the entire village. He gained a deeper appreciation for the wealth his family has and a new sense of the responsibility that goes along with that. Whatever plans parents have for their estates and their children, Galinskaya says open communication makes all the difference. She advises clients to write a letter describing what they hope their wealth will accomplish, including family stories that illustrate the family values that they want carried on, and to share the document with their children as soon as they’re mature enough to appreciate it. When your kids are grown, you may want to expand the discussion to include details of the family estate plan. This will help eliminate unpleasant surprises if their expectations vary from what you plan to give. Galinskaya recalls her clients who decided to leave the bulk of their estate to charity rather than family members. She and the parents sat down with the entire family to talk about the decision and how it would impact their children and grandchildren. Galinskaya says, “After walking them through the process, the kids were very supportive. They had clear expectations and were invited to join the board of the family foundation.”

Clicking CONTINUE will take you to a website that Merrill Private Wealth Management is not affiliated with and may offer a different privacy policy and level of security. We are not responsible for and do not endorse, guarantee or monitor content, availability, viewpoints, products or services that are offered on other websites. Clicking RETURN TO MPWM will take you back to the previous page.